Human Growth Hormone is not steroids. Read that again. HGH and anabolic steroids are not the same thing. Got it? Good, because there are so many misconceptions about both agents of human growth and development that most people simply lump them into the same category.

Heck, even the media doesn’t know the difference. Most stories you read about performance enhancing drugs just hide the fact that the journalist who wrote the story doesn’t have a clue about what steroids are, what HGH does, and that there’s no grey area that separates the two in athletic competition. HGH is not steroids. Simple as that.

HGH (HyperGH 14x ™) is a synthetic version of growth hormone, a 191 amino acid protein-based peptide hormone produced by the anterior pituitary gland and responsible for cell growth and regeneration. Growth hormone determines your height, bone density, skin condition and your body’s ability to repair itself and look young.

Anabolic steroids are a drug that mimics the effects of testosterone and dihydrotestosterone. Such drugs, including Halotestin and Durabolin, increase muscle size and strengthen bones. They’re legal only with a doctor’s prescription to treat medical conditions related to lack of testosterone. When taken for reasons other than this purpose, they’re illegal.

Having said this, both HGH and steroids have anabolic properties, meaning they can can ‘build up’ human tissue. And in some cases, they produce similar benefits. They also share similar side effects, and in the event you’re looking for a safer alternative to HGH and steroids for a natural advantage in the gym, we’ll review that too.

Where the Confusion Comes From 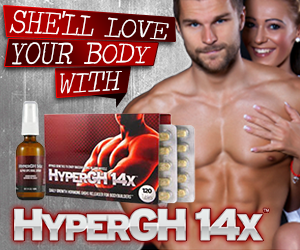 When administered to a child, HGH can increase height, which makes it a popular treatment for children who demonstrate stunted growth.

– loss of body mass from AIDS

Steroids are a legal way to treat deficiencies in testosterone. Such drugs can cause puberty to start early and can treat boys with a genetic disorder. As with HGH, they’re legal only when prescribed by a doctor.

Both HGH and steroids are synthetic and have performance enhancing properties. They can both increase muscle volume and human performance, though steroids more dramatically than HGH.

Their anabolic properties make both HGH and steroids an attractive option for individuals who want to enhance the human condition. In that light, HGH is most often abused for cosmetic reasons, particularly to look younger. And steroids are often misused between 10-100 times their recommended dosage to build muscle mass.

While both treatments are synthetic, HGH is a synthetic form of growth hormone. Somatropin is a well-known patented version of HGH.

Steroids, though designed to mimic testosterone, are simply drugs.

As you may have heard, both synthetic HGH and steroids come with a concerning list of side effects. Among other things, HGH when taken with injections can cause abnormal bone growth, nausea, joint stiffness, increased risk of diabetes, several forms of cancer and more.

But it’s those steroids, and the many health risks associated with them, that have received the most attention in media circles. These include:

Steroids are also linked to increased blood pressure, risk of heart attack and stroke. There is also compelling evidence that steroids can cause irritability, intense mood swings and ‘roid rage’. The death and double murder surrounding former WWE superstar Chris Benoit’s early demise is an infamous case of such a phenomena.

Men looking to make gains in the weight room should avoid needles completely, be it from HGH or steroids. Instead, they might consider another route.

An HGH releaser is a dietary supplement of herbals and amino acids designed to stimulate natural production of growth hormone.

Unlike synthetic HGH, an HGH releaser contains no growth hormone. Instead, it’s formulated to encourage the pituitary gland to release growth hormone naturally, for similar benefits of more intrusive HGH injections, but with milder results and without the reported side effects.

The HGH releaser has received substantial media attention in recent years as an anti-aging supplement. And yet, with the influence of growth hormone on muscle development, a natural growth hormone supplement may have applications for all men looking to build muscle naturally, but without the dangers of synthetic HGH and those nasty steroids.

To that end, and if this interests you, look for an HGH releaser formulated specifically for muscle growth. Ideally it should consist of an oral supplement and a spray with Alpha-GPC. The product should be taken twice a day, once in the morning and again at night, to maximize your circadian rhythm and natural, exercise-induced growth hormone release.

With this in mind, you might consider HyperGH 14x, which in addition to having the above prerequisites, comes with enteric coating, which maximizes absorption and delivers the most ingredients to the small intestine where they’re processed and used for the greatest benefit.