The Properties of Green Tea: Dietary and Health Benefits 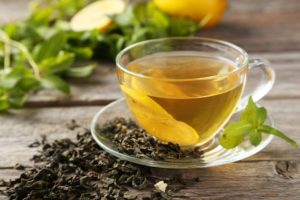 Several key research studies have gathered evidence in support of many of these claims. Studies have shown that green tea consumption can have potentially positive impacts on cardiovascular health, can help in the reduction of stress related health conditions and may also have a role in preventing certain types of cancer.

This short report focuses on the effects of green tea consumption on human health, as claimed by traditional wisdom, as well as significant findings in recent scientific studies, with a particular emphasis on its role in weight loss. The report will also take a look at combining the effects of green tea, with other teas, under the process known as synergy. 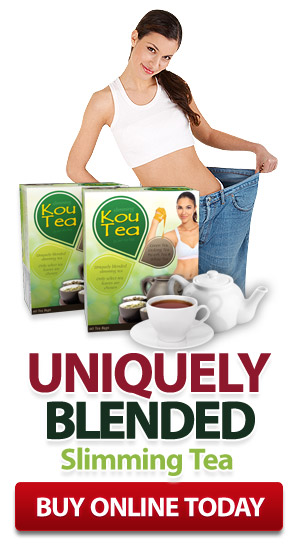 Tea, whether it is black, green or white, originates from the leaves of different varieties of the plant Camellia Sinensis. The difference between different types of tea (Green Tea, Black Tea, White Tea, Oolong Tea etc.) does not lie in the species of the plant itself, but in the way the tea leaves are processed.

Green tea leaves undergo minimal oxidation as opposed to black tea leaves, which helps it retain a high proportion of its anti-oxidant content. While, there are many ways in which green tea is grown as well as processed, the common factor between all these ways is that they ensure that polyphenols and anti-oxidants are retained to the maximum.

Green tea in particular contains a high amount of natural polyphenols known as flavonoids, which have become increasingly interesting to researchers the world over due to their beneficial properties. Green tea is also rich in minerals like chromium, zinc and manganese, and a good source of vitamin C.

Green tea has a very long history, especially in China, as Camellia Sinensis is native to this region. So long has this brew been known as an agent of good health, that it has been an integral part of ancient Chinese culture for over 4000 years.

According to traditional Chinese wisdom, green tea is also a stress buster and helps calm the nerves. It is known to be generally good for mental wellbeing and is thought to help keep the mind nimble and alert.

Green tea is traditionally thought to have anti-ageing properties, both mentally as well as physically. By keeping the mind agile and skin supple and youthful looking, and the body healthy, green tea is thought to promote longevity.

Although these claims have been made for thousands of years, it is only with the progress of modern science and medicine that we are able to test them and understand the mechanisms which are actually at work.

Let’s look at some specific research and findings on the effects of green tea on health.

Research Findings on the Effects of Green Tea

Green Tea is rich in naturally occurring anti-oxidants known as salubrious polyphenols. The beneficial properties of these anti-oxidants have been known to science for some time now: some of which include boosting immunity, anti-ageing effects and anti-cancer properties.
With the help of research we have now come to know that the anti-oxidants in green tea fight off harmful free radicals in the body, an action which has numerous positive effects on health.

Research done specifically on green tea consumption suggests that ingestion of green tea, either in the form of tea or its extract, can reduce the risk of heart disease, and other cardio vascular problems such as angina and stroke.

In a case control study conducted in Japan, subjects who consumed one or more than one cup of green tea per day had a reduced risk of subarachnoid hemorrhage by 26% and 44% respectively than subjects who did not consume the green tea.

Green tea is known to improve the health and condition of the cells that line the walls of arteries – known as endothelial cells. Studies suggest that due to its anti-oxidation properties, it can help in keeping these cells healthy and minimize the build-up of plaque in the blood vessels. This finding has major implications for heart disease as well as blood pressure-related conditions.

Findings from studies on the relationship between green tea consumption and cholesterol levels in the body suggest that green tea may help reduce levels of bad cholesterol (Low Density Lipo-protein Cholesterol) in humans, by reducing the absorption of cholesterol in the gut.

A recent study conducted by a team from the University of Birmingham found that the rates of fat oxidation in subjects who ingested green tea extract were 17% higher than in subjects who were given a placebo. This indicates that green tea consumption is linked to weight reduction and this has implications for many illnesses, including cardiovascular diseases.

A 2009 Japanese study published in the American Journal of Clinical Nutrition found that increased and more frequent intake of green tea in subjects was associated with a lower incidence of depression and symptoms related to depression.

Several other studies have suggested that green tea may have a positive association with mental wellbeing and may also help combat the effects of stress. Significantly, some studies have also linked regular consumption of green tea with a reduced risk of developing Alzheimer’s.

A study undertaken in China studied the eating habits of a large cohort of Chinese women. The findings showed that the regular consumption of mushrooms in combination with green tea was linked to a staggering 90% lower occurrence of breast cancer.

Green tea has long been associated with longevity and improved immunity. Many recent studies have corroborated with this claim. An important study by a team at the Linus Pauling Institute, from Oregon State University, has shown that EGCG, a key anti-oxidant present in Green tea, has a strong ability to boost the immune system by increasing the regulatory T cells in the body.

There has been a lot of interest in scientific circles in the effect green tea consumption can have on metabolism and fat reduction. Studies have found that green tea can reduce the amount of bad cholesterol and increase fat oxidation by a significant degree.

A study conducted in 2005 by the Division of Cardiovascular Medicine at the Vanderbuilt University Medical Center in Nashville, Tennessee found that subjects given enriched green tea extract for a specific period had over 16% lower levels of LDL than the baseline as compared to the subjects that were given a placebo drug.

Findings of a 1999 study published in the American Journal of Clinical Nutrition showed that green tea has strong thermogenic properties. Thermogenic substances boost metabolism which causes more calories to burn. The study found that green tea caused a much higher level of fat oxidation than could be attributed merely to its fat content. It was found that as much as 4% of the overall energy expenditure in 24 hours could be attributed to green tea extract. This expenditure was observed to be taking place during the day. Since the body’s own rate of burning calories (thermogenesis) contributes to 8-10% of daily energy expenditure, the burning of calories caused by green tea translated to a staggering 35-43% increase in day time thermogenesis!

In a 2003 study conducted in Taiwan on 1210 subjects, it was found that test subjects who had regularly consumed tea for more than ten years had a smaller waist circumference and waist to hip ratio, and lower percentage of body fat. Out of these subjects, only 4% consumed regular black tea, and 96% consumed either green or oolong tea.

In a controlled study conducted in France in 2001, the effect of green tea extract was studied on 70 overweight men for 12 weeks. The findings showed a 4.6% decrease in overall body weight. The researchers also observed a reduction of the waist to hip ratio by 4.5% in the test subjects.

In a Taiwanese study conducted in 2000, the effects of green tea consumption on fat absorption in rats fed on a high sugar diet were observed. It was seen that green tea lowered the levels of fat storage in the liver and heart, and reduced apparent fat absorption.

The significant findings of these studies, as well as other key studies suggest that green tea has significant potential to help in fat reduction and weight loss.

Different teas such as green tea, Oolong tea, Pu-erh tea and white tea are all produced from the tea plant. As such, all the teas possess some basic characteristics that are similar to each other. 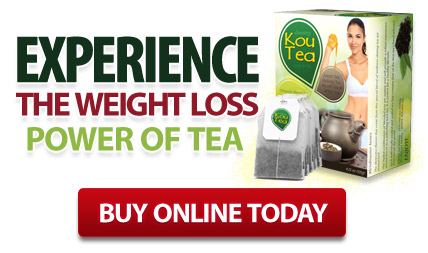 For instance all teas contain polyphenols, which have been shown by several studies conducted worldwide to be beneficial in weight loss and maintaining cardio vascular health, and preventing obesity.

However, each tea also has its own unique strengths and is not quite the same as the other tea. For instance, studies have shown green tea to be very effective in lowering fat absorption in the body, while Pu-erh tea is effective in suppressing hunger. Both these properties can be very useful in controlling weight gain and preventing obesity.

Hence, it may be most effective to take the teas in the right blends or combinations in order to maximize their benefits. This is what is known as synergy.

Side Effects of Green Tea Consumption

Being a completely natural substance, green tea when consumed in moderation or as prescribed, either in tea form or as an extract, does not have any known harmful side effects.

Pharmacological evidence does show that green tea anti-oxidants in very high concentrations can cause oxidative stress and liver toxicity. It is important to be aware of this fact, and exercise caution when using any commercial herbal products made from green tea extract.

Green tea has quite an impressive list of health benefits, both claimed by traditional knowledge and wisdom, as well as those that are proved and being proved by scientific research.

Its health effects are traditionally thought to include boosting immunity, anti-ageing, stress reduction and the promotion of overall good health. Many claims have received scientific backing by various studies, and the strength of evidence for the numerous benefits of green tea is increasing.
Some important findings have shown that green tea improves circulation, helps reduce bad cholesterol levels, and significantly reduces the risk of cardio vascular illness. Studies have also suggested green tea may have anti-carcinogenic properties against certain cancers, and may also have a role in preventing Alzheimer’s.

Several studies have shown that green tea plays a significant role in increased fat oxidation by stimulating metabolism, and therefore has important implications for weight loss, and preventing obesity. Taking green tea extract in combination with certain other herbal teas can be a highly effective agent of weight loss and fat reduction and this is known as synergy.