The Properties of Pu-erh Tea: Dietary and Health Benefits 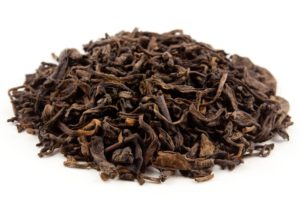 Pu-erh tea is a Chinese tea native to the Yunnan province in southern China and has a long history and a firm place in indigenous Chinese tradition. It is a post fermented tea, in which the ‘raw’ tea leaves undergo microbial fermentation after the tea leaves have been dried and rolled.

Pu-erh has been known for its health benefits for centuries in Chinese culture. In recent times, though, modern science is also beginning to discover the effects of Pu-erh tea on health in general and weight loss in particular.

In this short report we will look at the known benefits of Pu-erh tea, along with significant studies and their outcomes, with a particular focus on its potential role in weight loss. We will also discuss the even greater rewards that may be achieved by combining different teas together under a concept known as synergy.

The tea plant Camellia Sinensis is native to China, so it is no surprise that various ways of producing and consuming tea are an integral part of Chinese heritage and culture. Green tea, white tea, red tea, Oolong tea, as well as Pu-erh tea have been consumed in China for centuries and are known for their healing and preventative properties.

Pu-erh has been traditionally thought to improve digestion and enhance the functioning of the stomach and spleen. Customarily it has been used to combat the unpleasant effects of alcohol consumption. It is used in Chinese traditional medicine to improve blood circulation, eyesight and digestion; and to keep the body free of toxins and improve immunity. It has particularly been known in Chinese medicine as possessing properties that help to detoxify blood.

Pu-erh, like other types of tea such as green tea and Oolong tea, contains a high amount of plant based anti-oxidants known as polyphenols. Research has shown that these compounds can play a significant role in keeping the circulatory system healthy, by keeping arteries clearer and prevent the build-up of plaque.

Pu-erh tea may therefore play a preventative role for cardiovascular illnesses like stroke, angina and hypertension.

Polyohenols may also have a preventative link to certain types of cancer. Studies have shown that the anti-oxidants in Pu-erh tea attack harmful free radicals in the body, which may translate to anti-cancerous and anti-ageing effects on the body.

Findings from a study conducted in 2006 found that Pu-erh consumption may protect human fibroblast cells (connective tissue) from oxidative damage.

Pu-erh has been traditionally used to ‘cleanse’ the body and blood of toxins and excess fat. Scientific studies conducted in recent times have strong evidence that this may well be the case. Pu-erh tea has the ability to remove bad fats from blood, and studies conducted on lab animals have also shown that Pu-erh may also have a role to play in keeping liver tissue healthy and preventing it from becoming fatty. 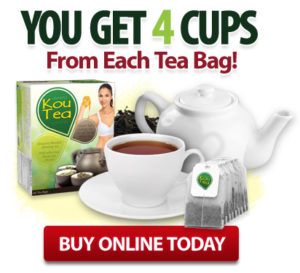 Several studies conducted around the world on lab mice as well as human subjects have found evidence that Pu-erh tea has significant cholesterol lowering effects.

Studies have also shown that Pu-erh has degreasing properties which help the body remove unwanted and hard to digest, leftover fats.

It is this cleansing ability of Pu-erh that has brought it to the attention of researchers the world over.

Effects of Pu-erh on Cholesterol Levels

A study conducted at the Wun-Shan Branch Tea Research and Extension Station, in Taipei, compared the effect of different teas on the cholesterol levels in lab rats. When extracts of green, black, Oolong, and cooked Pu-erh tea were fed to rats, it was found that the rats that were fed Pu-erh tea not only had lower percentages of bad LDL cholesterol than the other rats, but also had heightened levels of good HDL cholesterol.

Studies have found Pu-erh tea to contain a chemical called Lovastatin in small quantities, which has the ability to lower LDL levels in the body. Lovastatin is a prescription chemical used to control cholesterol. Pu-erh tea therefore can play a uniquely significant role in lowering bad cholesterol.

Studies that have found that Pu-erh tea has a lowering effect on LDL and triacylglycerol have also shown that Pu-erh may suppress weight gain and help prevent obesity.
A study conducted at the Institute of Biochemistry and Molecular Biology, College of Medicine, National Taiwan University, Taipei, on lab rats, found that the rats supplemented with Pu-erh tea showed hypolipidemic and anti-obesity effects. The active compounds in the tea that were found to be responsible for the anti-obesity effect were caffeine, an anti-oxidant known as catechin, and theanine.

In another study conducted at the Yunnan Agricultural University, the anti-obesity effects of Pu-erh tea consumption on rats with high fat diet induced obesity were observed. It was found that Pu-erh tea significantly lowered the overall body weight, as well as reduced fatty deposits in the body. Pu-erh tea was also seen to reduce cholesterol levels, particularly LDL and triglycerides concentrations. It was not seen to affect good cholesterol (HDL) levels.

In a French study conducted at the ARMA Medical Research Association, Dr. Tran Dai-Sy and his team found that out of 350 study subjects, 299 subjects successfully achieved weight loss with a regular diet supplemented by a cup of Pu-erh tea per day. The extent of the weight loss was a staggering 5-10 pounds per subject over a span of two months.
The anti-oxidant polyphenols in Pu-erh tea help boost metabolism, which increases the rate of fat oxidation, which effectively helps burn calories. At the same time, Pu-erh tea also has unique properties that help activate the stomach and spleen and improve digestion.

While a healthy spleen absorbs nutrients from the food, and gets rid of excess fluids, an unhealthy spleen accumulates fluids, which, in the course of time, turn to fat. Pu-erh helps stimulate and tone the spleen and stomach and keeps them cleansed and efficient.

Pu-erh tea may possess another unique property in that it may help suppress appetite by creating a feeling of fullness. This has important implications for weight loss and preventing obesity.

Studies have shown that Oolong tea, green tea and white tea also have properties that make them effective on weight loss. Being derived from the same tea plant, all these teas have the same basic make up and certain common properties.

However, each tea also has its own unique strengths, as findings from various international studies have illustrated.

For instance, while Oolong tea may have a strong impact on fat oxidation, Pu-erh tea is particularly effective in tackling tough and hard to digest fats in the body. By keeping the digestive system healthy it also prevents excess fluids from turning into fatty deposits.

Maximum weight loss effect could therefore be achieved by taking these teas in combination with each other, and using the properties of each tea in synergy to take full advantage of their weight loss and health effects. This can be done by consuming the teas in a blend that is designed to maximize their weight loss properties, or in the form of a health supplement (even a convenient tablet) consisting of the correct blend of extracts.

Side Effects of Pu-erh Tea

Pu-erh tea is a natural substance, and there are no known side effects of consuming the tea in sensible amounts. However, it is important to note that Pu-erh tea does contain caffeine, albeit in relatively small quantities. Therefore, all the contra indications that apply to caffeine consumption do also apply to Pu-erh tea.
If taken in moderation, Pu-erh tea either as a brew or its extract is safe and has no known side effects.

Pu-erh tea is a Chinese tea traditionally produced in the southwestern Chinese province of Yunnan. Pu-erh has been consumed for several centuries, and is known to have a number of beneficial properties. It is particularly known to help the body get rid of toxins, clean the blood and help get rid of hard to digest fats.

Recent scientific studies in the effects of Pu-erh tea on health have found evidence to support many of these claims.

Pu-erh is rich in anti-oxidants called polyphenols which have many beneficial health effects.  Like other herbal teas such as green tea and Oolong tea, Pu-erh is known to improve circulation and maintain cardio vascular health. Some studies have also found a preventative and suppressive link between these anti-oxidants and cancer tumors.
Several key studies have found that there is a strong link between Pu-erh consumption and the lowering of bad LDL cholesterol. Some studies have also found that Pu-erh consumption can increase good HDL cholesterol levels.

Pu-erh can have anti-weight-gain effects as it speeds up metabolism and increases fat oxidation, while also improving the functioning of the stomach and spleen, which helps the body get rid of excess fluids. It is also known to suppress appetite.

Pu-erh tea when taken in combination with other beneficial teas like Oolong tea and green tea can help maximize the weight loss effects of these different teas. Their unique properties can work together in synergy to enhance their effect and get maximum benefits.

Pu-erh tea is known in Chinese medicine to promote the health of the stomach and spleen and get rid of dampness from the body. It is also known to keep the mind alert and agile and promoting sound health by boosting immunity.