The Properties of Oolong Tea: Dietary and Health Benefits 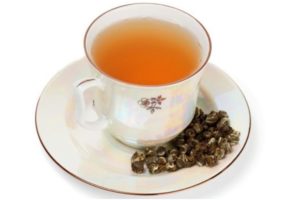 China is the original home of tea, so it is only natural that different types of tea are an important part of Chinese culture. The difference between the teas usually lies in the way they are grown and processed. This difference in production and processing methods can result in the development of characteristics and properties that are unique to each tea.

Oolong tea is one of the lesser known teas that originated in China centuries ago and to this day is traditionally known for its rich taste and beneficial properties. Oolong tea, like green tea, black tea, white tea and Pu-erh tea is made from the tea plant (botanical name – Camellia Sinensis), which is native to China. This tea differs from other types of tea in the way it is made.

The tea is made through a unique process which includes withering the leaves under the strong sun and oxidation before curling and twisting. Within this method there are different ways in which the tea is produced, and depending on the process used, the degree of oxidation in the tea can vary – ranging from 8 to 85%.
Oolong tea is known not only for its effects on health, but also for its varied and rich taste, which can vary from sweet and aromatic with notes of honey, woody and thick, or fresh and light, depending on where and how it is produced.

The most well known oolong tea comes from the Wuyi Rock (cliff) region in Fujian province in Southeast China, but Oolong tea is also produced elsewhere in China as well as the world, including in Taiwan and India.

Oolong tea can be taken on its own or can be combined with other teas (e.g. green tea, black tea) to combine the effects of all these teas together. This is known as synergy and is the ultimate way to maximize the benefits driving from these natural teas.

Oolong tea has been traditionally consumed as an overall tonic, and is thought to promote a long and healthy life. It is also thought to improve circulation and keep the body as well as mind fit and agile, by boosting metabolism, which helps burn off excess fat.

Oolong tea is known for its effects on cardiovascular health. It is rich in naturally occurring plant based anti-oxidants, which help improve circulation by keeping arteries healthy and preventing the build-up of plaque which can cause the blood vessels to narrow and harden.

This action of Oolong tea and other teas like green tea in keeping blood vessels healthy can help improve the circulation system and prevent heart disease as well as other cardiovascular problems such as stroke.

Oolong has numerous other traditionally known properties. For instance it is known to have anti-ageing effects, being good for skin health and curing skin disorders. It is also traditionally used to control blood sugar as a treatment for diabetes. 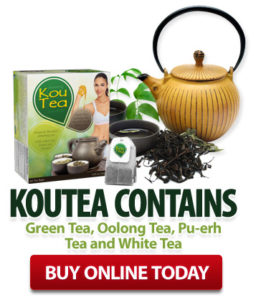 One of the most significant health benefits of oolong tea is its ability to aid with weight loss and prevent excess fat accumulation.
Oolong tea contains high amounts of polyphenols, which are naturally occurring plant based anti-oxidants. These organic compounds have properties that help in increasing the rate of metabolism in the body, which helps burn fat more quickly.

Thermogenesis is the process of heat production in the body. Like green tea, and some other types of tea, Oolong tea is a thermogenic substance which stimulates metabolism and causes increased fat oxidation.

As a result of encouraging evidence gathered by studies around the world, Oolong tea is increasingly being recognized as a promoter of weight loss. The same is true for green tea and other teas like Pu-erh tea. Regular consumption of Oolong tea, in combination with other teas, can help improve circulation, boost metabolism and prevent the build-up of excessive fat in the body.

Research Findings on the Effects of Oolong Tea

As mentioned earlier, Oolong tea is rich in plant based anti-oxidants known as polyphenols. Epigallocatechin gallate is one of the main polyphenols that are found in oolong as well as green tea.

Many studies have been undertaken on other related teas, mainly green tea, as it is better known at the moment. It has been found that Oolong tea, green tea, pu-erh tea and white tea are all rich in polyphenols, being produced from the same source. All the teas have been found to have some effect on weight loss.
However, each tea has its own production and processing methods, and therefore develops its own unique properties. It therefore follows that in order to get the most from these beneficial teas, and to maximize their effect on weight loss, it may be more useful to take them in the right combinations with each other, so that they can work in synergy.

Side Effects of Oolong Tea

Oolong tea is a plant based product and has been consumed traditionally in China and other countries in the region for centuries. All the active compounds in Oolong tea that have a positive impact on health are naturally occurring and can be consumed safely.

There are no known side effects in consuming Oolong tea, either as a brew or its extract, in moderation or as prescribed. However, Oolong tea does contain caffeine and appropriate caution should therefore be exercised in consuming it.

Oolong tea, like green tea, contains high proportions of anti-oxidants, and evidence does suggest that polyphenols taken in very high concentrations could cause liver poisoning and oxidative stress. It is therefore important to be cautious and consult a doctor before taking any commercial herbal products containing Oolong tea extract, not least during pregnancy.

Oolong tea is relatively less known in the west as compared to its near cousin green tea. However, this situation is fast changing as more and more of its plentiful benefits come to light and are increasingly backed by scientific evidence.

The tea is rich in naturally occurring plant based anti-oxidants known as polyphenols, which have a host of benefits for health, especially in weight loss. Research studies have shown that these anti-oxidants help keep arteries healthy and improve circulation.

Findings suggest that Oolong tea is good for cardiovascular health, and may help in preventing heart disease and stroke. Anti-oxidants present in Oolong tea may also have anti-ageing properties, and help keep the body as well as mind youthful and active.

Like green tea, white tea, and pu-erh tea, findings from various studies have suggested a strong link between Oolong tea and increased weight loss. Oolong tea activates thermogenesis, which increases the rate of fat oxidation. Studies have found that polyphenols can contribute as much as 4% of day time thermogenesis which translates to 35-43% overall fat oxidation in the body.

There is increased interest in the roles that green tea, pu-erh tea, white tea and Oolong tea play in effective weight loss. While all these teas contain certain compounds that have a significant impact on fat oxidation, each tea also has unique properties. It may therefore be useful to consume Oolong tea in combination with other beneficial varieties of tea, as this can have maximum impact on fat oxidation and help lose weight more effectively. This is what is known as the concept of synergy.