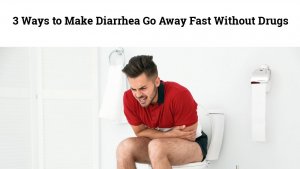 Diarrhea is said to be one of the most common health complaints. In this, the condition of the patient can range from mild to life-threatening in a snap. Diarrhea is characterized by watery stools which are abnormally loose. Some people frequently pass stools which can be of normal consistency. This is not diarrhea. Similarly, breastfed babies often pass loose, pasty stools.

This is normal. It is not diarrhea. Most cases of diarrhea, it is caused by a gastrointestinal tract’s infection. Here are some potentially life-saving remedies:

Having a recovering meal

While recovering from diarrhea, eating small amounts of food frequently is more preferred than having a large meal at a time as it will keep the patient’s light an he/she will at least be able to digest the food instead of throwing it all out in the toilet after eating a large amount. An adequate diet for a person suffering from diarrhea is:

Many people think that having a liquid-based diet for the first 24 hours of diarrhea helps in settling of the digestive system. The diet may include salty broths, bland soups, and sports drinks. Adopting this kind of diet might pull some load off the digestive tract and give it some time to heal and make its digestive properties back up running again.

There is one more type of diet which is the gold standard for easing digestive distress. This diet is called BRAT diet as it comprises four bland, low-fiber food that will firm up stools which are:

Bananas are especially useful as they help in restoring any potassium lost through diarrhea. Other bland, easy to digest foods can be added to as the diarrhea symptoms begin to resolve including bakes skinless chicken breasts, oatmeal, baked potatoes, and chicken soup with saltines. Food items that cause gas should be avoided, such as carbonated drinks, cucumbers, beans, legumes, and vegetables which are cruciferous.

Getting dehydrated due to fluid loss and excess stools secretion, the body becomes weak and fails to build back the immunity of the body and recover which leads to getting the more severe type of bronchitis. So, one of the most important things to do while suffering from diarrhea is to nourish the body with as much water as the patient could drink throughout the day. Diarrhea causes the body to lose a lot of water and electrolytes (like sodium, potassium, magnesium, and calcium) which are needed by the body to function properly.

What to eat to regenerate the liver? (Elizabeth Lange). 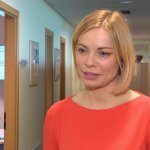 The liver cares for us, but do we look after it? If the way to the heart is through the stomach, is it to the liver too? Of course! Here are a few products that are worth implementing into the daily diet to assisst the liver and nurse for it, just as it takes care of us. What will help us regenerate the liver?

Drinking water is the first step to rehydrate. A person can also create an oral rehydration solution by mixing 1 liter of water with half a teaspoon of salt and 6 six teaspoons of sugar. To manage mild bout of diarrhea, drink plenty of water, clear juices, clear broths or an electrolyte enriched sports drink. Drinks like coffee, caffeinated drinks, prune juice, sugary drinks, sodas, and alcohol should be strictly avoided as they all have a laxative effect. Dairy products like milk, curd, buttermilk or paneer should also be avoided.

3 Ways to Ensure Your Coffee Is As Healthy As Can Be. 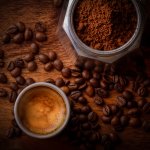 Coffee is clearly the hot drink of choice for countless individuals considering that more than 2.25 billion cups are consumed globally every single day. Apart from being one of the most delicious drinks in the world, many health professionals are also of the belief that coffee can benefit your overall health and well-being in numerous ways.

Pediatric rehydrating drinks should be given to young children and babies with diarrhea. Breastfed should continue to be breastfed.

A mild bout of diarrhea can be treated with probiotics in food or supplement form. Probiotics are the live bacteria and yeast that are beneficial to the human digestive system. Diarrhea causes a lot of loss of healthy bacteria in the stomach and intestine. Probiotics such as lactobacillus (for example: Lactobacillus Acidophilus, Casei, Plantarum or Rhamnosus), bifidobacterium bacteria (for example: Bifidobacterium Breve, Lactis or Longum) can replace the lost healthy bacteria and can work as a natural remedy to relieve bloating movement. While dairy products should be avoided during diarrhea, yogurt or kefir with live probiotic bacteria are extremely beneficial. Other natural probiotic fermented, kombucha, sauerkraut, aged soft cheeses, cottage cheese, green olives, sourdough bread, and tempeh. While kimchi is often cited as a “super-probiotic,” it contains hot spices that may worsen diarrhea.

The United States Food and Drug Administration (FDA) does not regulate probiotic supplements, so be sure to purchase them from a reputable source and ask a doctor or pharmacist if in doubt.

Diarrhea can easily be treated by having control over sanitation and meal selection and doing the remedies that are mentioned above.