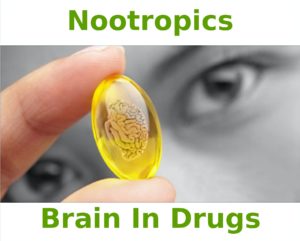 With several types of nootropics available, it should come as no surprise that each works in a slightly different way to produce different benefits for the brain. However, all nootropics share basic underlying processes by which they influence systems and chemicals in the brain, making them effective for most users.


How Do Nootropics Really Work?

Below, we’re discussing the various brain structures and chemicals and how nootropics work in accordance with each. But first, let’s take it back to the basics (basic brain chemistry, that is).

How Neurotransmitters and Receptors Work?

Before you understand anything about nootropics drugs, you must understand how neurotransmitters and receptors function in the brain.

Nootropics target individual systems to increase the efficiency of processes taking place. This improves cognitive functioning in different ways depending on which system is being targeted.

Now, let’s discuss the key systems nootropics target and what effects they can produce.

Acetylcholine is essential to countless cognitive functions and plays a role in learning, memory, decision-making, focus, and sensory perception. Because of its large role in a variety of tasks, acetylcholine is plentiful in the brain when individuals consume a well-balanced diet. 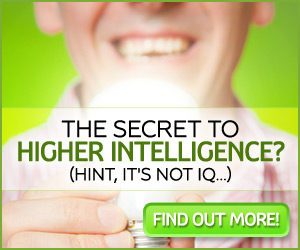 Nootropics like Alpha GPC, a choline, as well as citicholine support the development of acetylcholine in the brain. However, when used alone these substances don’t tend to produce optimal effects for users.

Many combine cholines like Alpha GPC with racetams like Piracetam, Aniracetam, Oxiracetam, and Pramiracetam for the best results. Racetams increase the synapses in the brain related to acetylcholine while producing no more of this neurotransmitter itself. Thus, when combined with a choline like Alpha GPC, you’re increasing the production of the neurotransmitter and its ability to work via synapses in the brain.

As such, a stack consisting of both cholines and racetams will improve learning abilities and memory, producing the benefits users seek.

Glutamate plays an essential role in maintaining brain health, learning, and memory. Glutamate is also converted into GABA in the brain, which is another neurotransmitter directly related to mood (in a positive way, of course!).

The brain cannot function properly without adequate levels of glutamate and when levels are either too high or too low, individuals can develop conditions such as Alzheimer’s disease, ADHD, Parkinson’s disease, and autism.

Racetams, peptides, and ampakines, three types of nootropics, stimulate NMDA and AMPA receptor sites to increase glutamate uptake. This can play a preventative role in protecting against the development of these health conditions while improving memory, focus, and energy levels.

Dopamine and serotonin are two of the most influential neurotransmitters when it comes to pleasure and happiness. And while nootropics don’t target dopamine or serotonin systems as effectively as other chemicals, they can be affected by supplements in terms of mood, motivation, focus, reward, and memory.

Smart drugs, particularly Adderall and Ritalin, are known to be addictive because they are amphetamine compounds that stimulate dopamine production directly. As such, you should use supplements like this with caution. There are other supplements that directly impact serotonin, though they aren’t addictive nor are they typically classified as nootropics.

However, it’s worth noting that very specific types of nootropics can affect dopamine and serotonin receptors, though not as extensively as acetylcholine or glutamate.

After all, you should want to understand how each chemical can affect your brain structure and processes before introducing nootropics to your body.

With a basic comprehension of neurotransmitters and synapses, you’ll have a more complete understanding of how all nootropics work. However, you should research the effects and processes of each nootropic you’re considering to ensure you know everything you should before consumption.

In fact, doing so ensures you’re getting the benefits you expect as well, making it all the more essential before you create and take your own stack.

Since its development in the early 1970s, nootropics drugs have been discovered and used by many. But with mainstream acceptance and awareness still in development, many who are just learning about nootropics for the first time, possibly yourself included, often wonder:

Who are the people using nootropics on a regular basis?

Truth be told, there are countless individuals who rely on nootropics for a variety of cognitive benefits. However, there are other uses for these so-called “smart drugs” as well.

Nootropics are Researched and Accepted in Some Medical Communities

One of the major communities using nootropics drugs today is the medical community. In fact, nootropics continue to rise in popularity as new research confirms benefits for age-related diseases and mental disorders. Most notably, doctors rely on racetams to treat injuries, disorders, and more.

Pramiracetam, a member of the racetam family, has been shown in clinical testing to offer a significant improvement on cognitive deficits. Often, these deficits are the product of traumatic brain injuries, memory diseases, and others.

Racetams create these effects through interactions with target receptors in the brain and by affecting neurotransmitters and signals between neural synapses. This increases blood flow to the brain, increasing oxygen and offering relief for short-term memory loss, age-related cognitive deterioration, and even Alzheimer’s disease.

Beyond racetams there is little medical support for the treatment of various conditions using nootropics. However, this doesn’t mean that these treatments don’t exist or won’t exist in the future.

Mainstream Use is Steadily Increasing Too

More and more average people are turning to these substances for a host of cognitive benefits.

Just some of the many individuals using nootropics include:

Whether we’re referencing the founder of a start-up in Silicon Valley or a busy executive on Wall Street, more and more high-performing professionals are using nootropics for clarity and focus.

The best part is that nootropics diminish background noise caused by stress and high-pressure situations, creating an environment in which professionals pioneering innovation can thrive.

Regular Use is Essential for Anyone to See Benefits

Many individuals take nootropics once and expect to feel a difference, but this isn’t always the case. Rather it’s the sustained use of several nootropics you “stack” together that will produce the desired results.

So whether you’re a student in need of greater concentration or a CEO looking for mental clarity amidst countless distractions, nootropics can help. However, using them properly and over time is important to realize the greatest impact.

Nootropics Offer Benefits for Any User

Whether you’re healthy or suffering from some kind of cognitive disorder, young or old, nootropics can help you overcome memory, concentration, and mood issues to achieve your goals.

Explore your options today by learning more about the types of nootropics and selecting the stack that will work best for your needs, regardless of what those are!